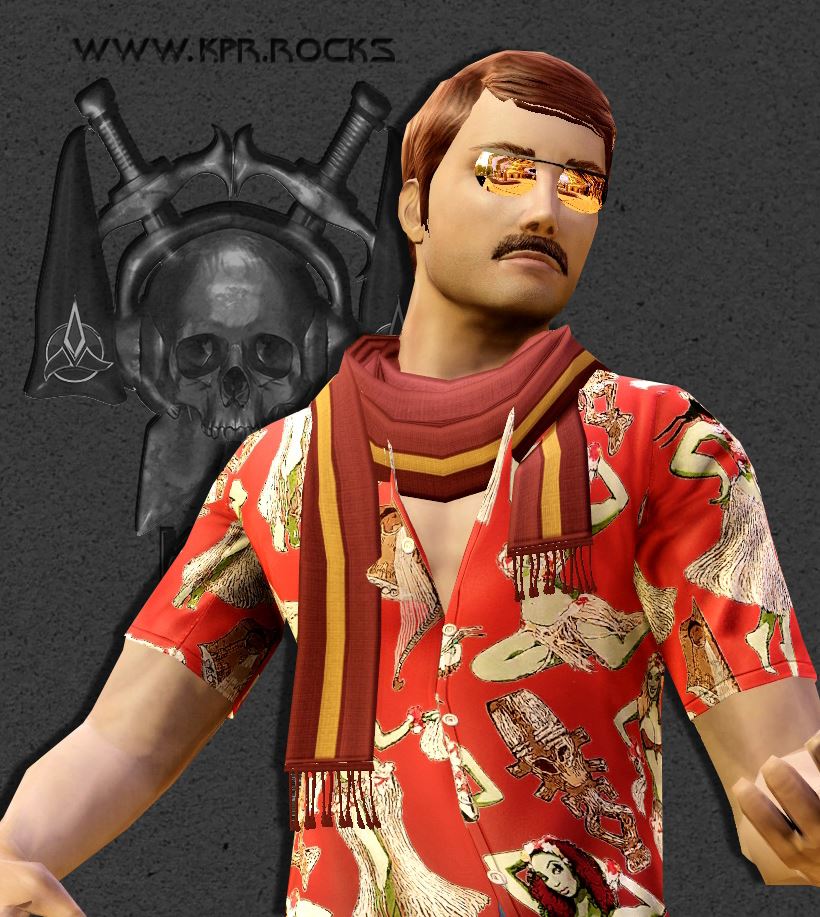 HELL YEAH! Wurd joined the KPR team in late October 2016 and has prior experience as a DJ. He hails from Northern Alabama and loves bikes, beer, and Hawaiian T-shirts. He has been playing STO off and on for the past 3 or 4 years and is currently Captain of the USS Thomas Magnum, an NX Escort Refit.

Wurd is currently out on assignment, and has moved his “Hell Yeah!” show to a new timeslot, 3 to 5am ET, every single morning! On his normal shows he plays hard rock and metal from the late 20th century focusing on the 80s decade. He is also a fill in Disc Jockey. When doing fill in shows there is no telling what the “stache” will bring forth, from Rock, pop, techno, and all other types of tunes. If you have a request, let him know and he will work on getting it to you. Add him to you friends list in Star Trek Online @wurhurhurd