Welcome back to my monthly look at Star Citizen where I’ll explain the different things you the listeners need to know before deciding if you want to join me when I move my show over to that game in the coming months. Just a reminder this will be alongside KPR’s other shows in Star Trek Online. We’re just branching out into another game and we have no intention on forgetting where we came from and the great community that we have in STO.

In this month’s blog I’m going to take a look into some of the places that are good candidates to hold our parties in. When looking for a party in STO we the DJ have a number of things that we look at before deciding on where to hold our parties. Things like were we there for the last show? Can we find an empty or mostly empty instance?  Can everyone get to the party? We don’t want to hold a party in a level 60 area when some folks only have level 50 characters.

A lot of the information I’ll be talking about over the rest of this blog can be found here https://robertsspaceindustries.com/schedule-report Feel free to check it out when you have a chance.

Right first up is one of my favourite places currently in Star Citizen, that’s the G-loc bar in Stanton. It’s a full on bar which eventually will even have bar tenders and all that good stuff, and as you can see on the pic below it actually has a dance floor too.. ideal, right? (In the picture its right up those 3 or 4 stairs, right by that centre window) 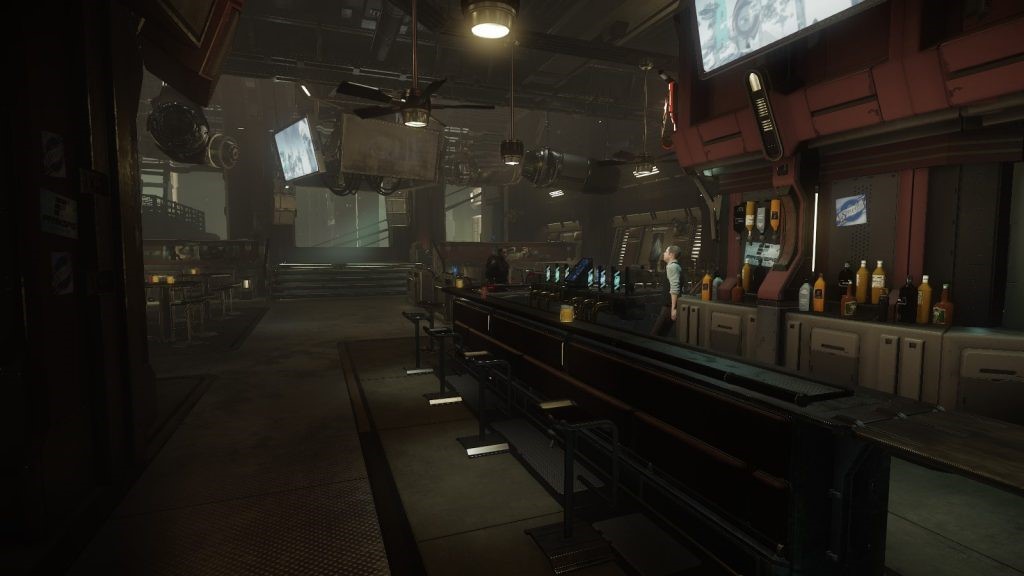 Next up is Port Olisar. This is the first of I’m sure many space stations that will appear in the game. But here’s a location I’ve earmarked for a potential party. Its actual function is where it holds the screens where you can pick what ship you can pull to a landing pad and then go to and fly. But for parties… as Wurd would say… Hell yeah! 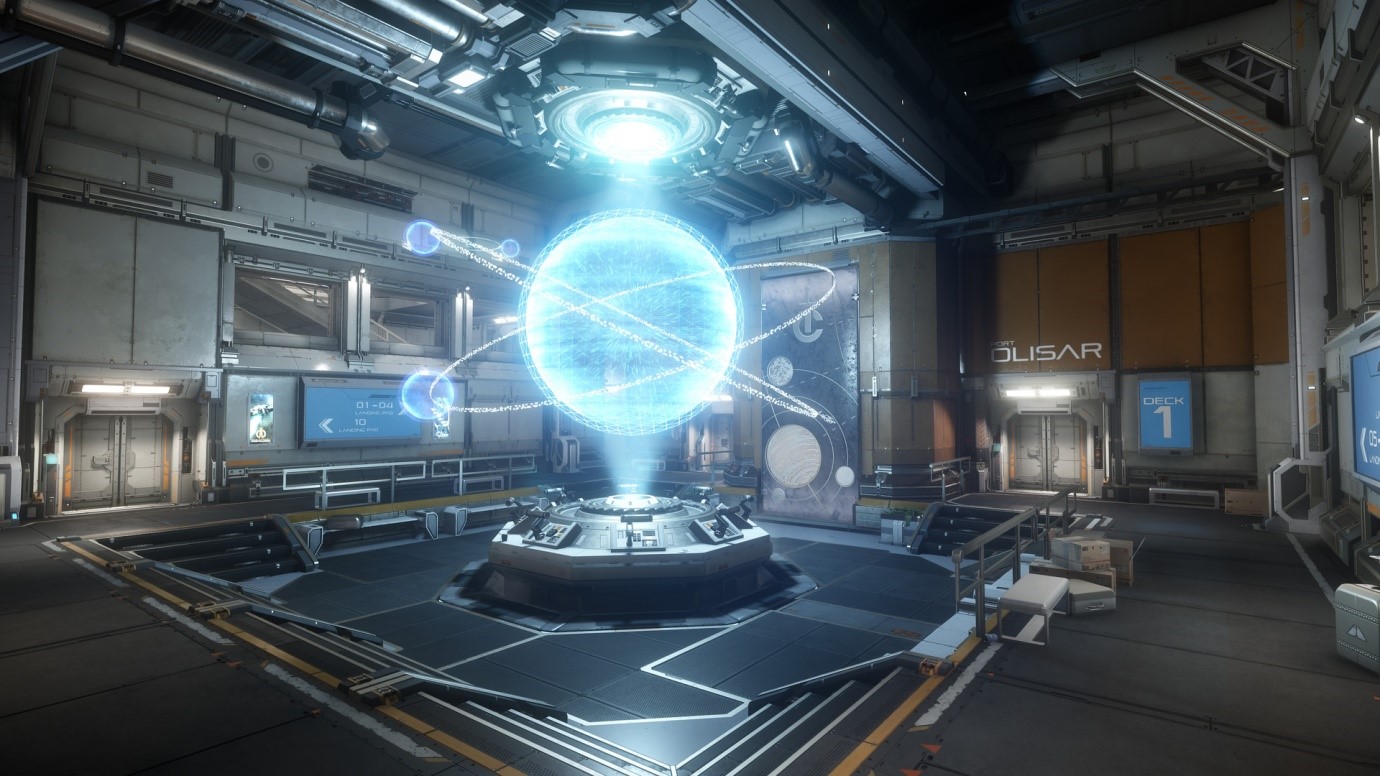 Next up these are places that are slightly speculative as they aren’t actually in the game yet and while on hiatus in a few weeks’ time I’ll be checking them out finding places that would be awesome to have parties at. If you remember from one of my very first blogs I mentioned that with 3.0 there would be a number of moons that would be introduced with 3.0. These are Yela, Cellin, Daymar and Delamar. They are going to be either icy, volcanic or a mixture of the two, but it has been mentioned that there will be surface outposts so I can see us hijacking one or two of these for parties.. I mean err.. Borrowing yes.. Borrowing.. Because we wouldn’t steal anything would we? 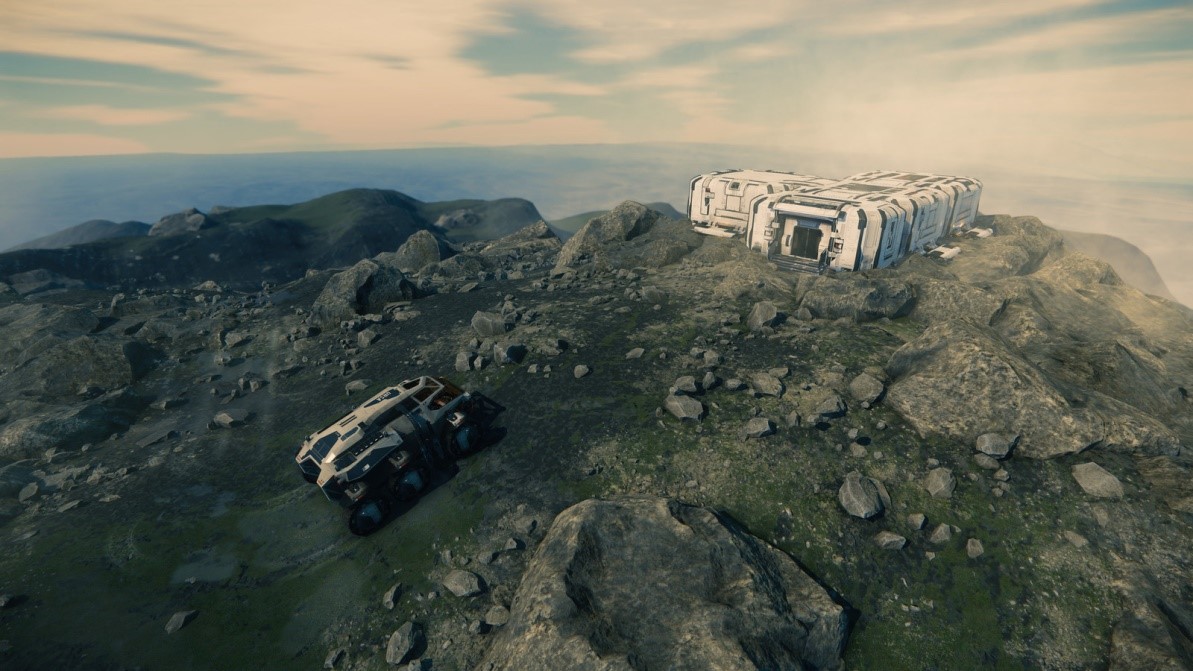 Unlike the other three moons there will be a fourth as mentioned above: that’s Delamar. That will have a landing zone called Levski. From what I gather it’s an old mining facility so it’s all very industrial in nature but honestly there’s not much out there yet to give any idea’s on what’s going to be there but here’s a picture to give you a general idea. 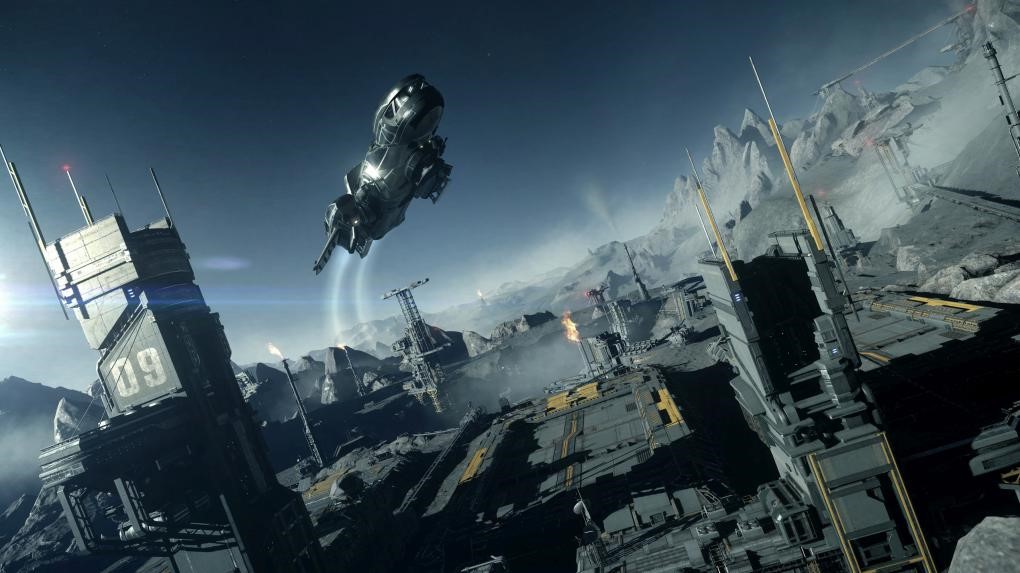 Well guys, I think that’s just about from me for this month.  As I said on my last show, if there’s anything you want me to cover please let me know and I’ll research it and use it in a later blog.

Until next time, thanks for reading.