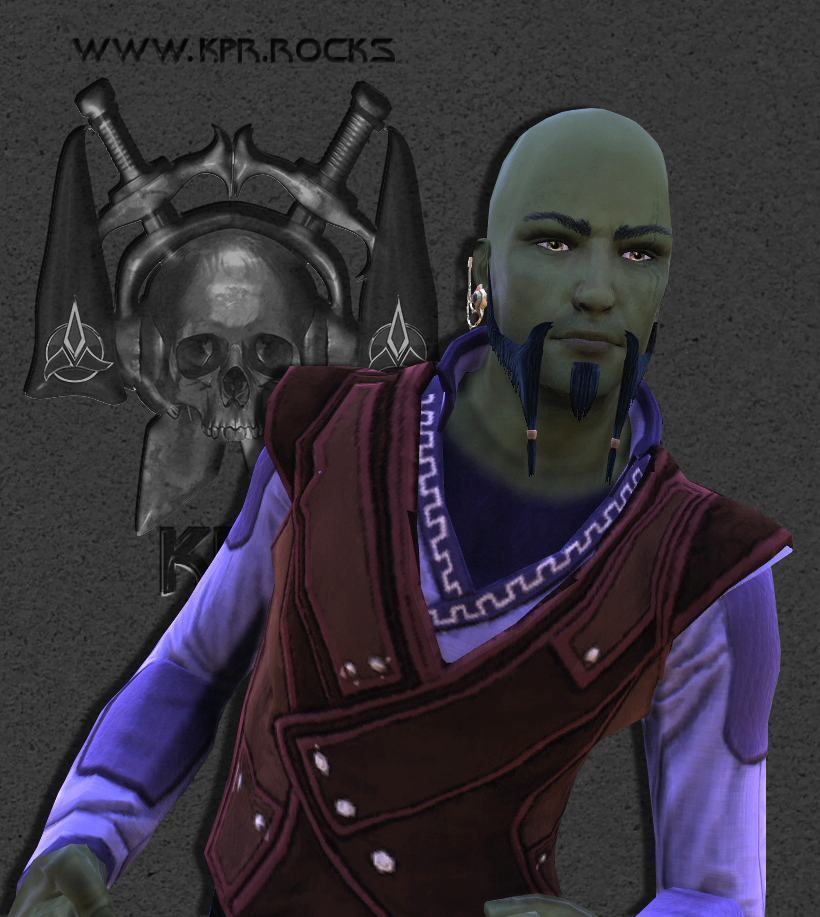 Kell Kantara was born the son of Matron Shexa of Rigel VII coincidentally on his birthday. As her favorite son, he was coddled by his mother. On Rigel VII he attended the Rigel VII Community College, majoring in communications and Pimpology, where he graduated in the top 2 percent of the lower 3 percent of his class. His mother’s favoritism garnered the ire of his sisters, one of whom became the new House Matron upon the untimely death of his mother. Matron Grusuma Havbenlaid decided to neuter Kell and sell him to another Orion House; however, Kell decided to venture out on his own, leaving behind the ties of his House in search of adventure. His travels took him to various worlds and strange new cultures, finding himself in windswept Tibet. He was taken in by a group of monks who showed him the ancient and forbidden secrets of Kleptomancey and Psychokinetic Third Eye Surgery. Leaving Tibet hurriedly due to a misunderstanding over the sale of sacred artifacts to tourists, Kell found himself in the bowels of Dunwich, Indiana where he met the Reverend Brother Selrach who became a sort of mentor to this still young Kell. In Dunwich, Indiana Kell studied at the Indiana Technical Institute where he majored in Starship Stripping. Taking his new skill, he opened a Chop Shop in the Nebulon System where he met Nuki when she approached him about stripping down a Federation Merchant ship. The plan fell apart when Kreya attempted to stop her friend Nuki from being sold to an unwitting Federation merchant captain. The jig was up. The chop shop was raided by Starfleet and Kell found himself on the run. Nuki offered him a position at Kirtang Pirate Radio as Maintenance Engineer, DJ, and janitor. Only one of these jobs does he seem have have any inkling of talent for.

“Friday Night with Kell” is where we play a variety of music: a variety of Rock, ranging from dark to international. The most important aspect of my show are the folks who show up. They’s the ones what really make the party what it is. I just share music, do requests and enlightening and heartwarming tales often based on me own experiences and travels. So come on down on Friday nights and join us for a little revelry between 8 and 11pm Eastern.