An Introduction to Star Citizen 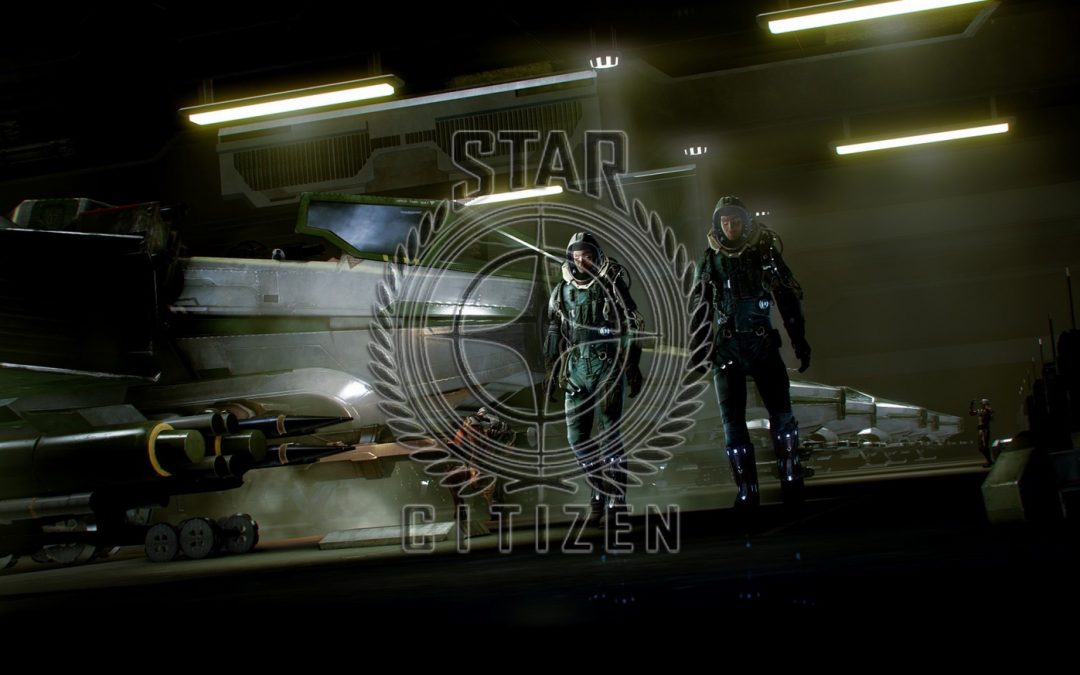 Hey guys a few weeks ago during my show I mentioned to those of you at the party that within the next few months KPR will be branching out into a new game. That game would be one called Star Citizen. We won’t be abandoning Star Trek online far from it, we all love you guys in STO and as long as there is a community who wants to party with us in STO we’ll be there playing the tunes and partying with you guys until the small hours (for some of us anyway 😛 ).

This is the first in a monthly report series where I’ll be updating everyone on the status of the game and where we are with it at KPR. I’ll also try and keep it brief so that it doesn’t turn into a wall of text, but this one will probably be a bit longer than I’ll try and keep the others.

Ok so Star Citizen: what is it? Star Citizen is the brainchild of Chris Roberts. He’s the guy who in the mid 90’s created the Wing Commander games and directed the movie of the same name. Essentially in the game you will play a citizen of the stars. From the information I’ve seen so far, you can be anything from a miner, star fighter pilot, starship captain, to an engineer on a starship. I’ve even heard rumblings of even being able to run a bar or be a farmer. They are trying to make it so you can literally be whatever you want to be. Its also set in the distant future as the current year is reported to be 2947, give or take. But to give you a better idea I’ll post a link at the end for you to watch to give you more of an idea.

Star Citizen is a crowdfunded venture and has racked up about 144.5 million dollars. It has no publisher and what they are doing is providing the backers with a working version of the game as it stands so far. Please don’t get the wrong impression as its still in the Alpha stage of development and that what they have released so far is very much a tech demo. But it has a few different parts to it, that eventually will be integrated into one big “persistent universe”. These are Star Marine, Racing, Persistent Universe, Arena Commander, and Area 18. Star Marine is a First Person Shooter capture the flag type game. Racing is like Formula 1 in space, racing against other commanders. The Persistent Universe has some missions and you can fly your ships round and explore. Lastly Arena Commander is where you can test your dogfighting skills either against the CPU or other pilots with numerous game modes to pick from. And finally there’s Area 18 where you can explore part of one of the cities on one of the many planets that will be in the final game.

Currently the game version is 2.6.1 with 2.6.2 dropping the end of the month hopefully. So far in game it has everything in it I’ve just mentioned above, but for us at KPR it’s not quite there yet to host parties in. Everyone has the same character so everyone looks like clones, and the clothing system isn’t quite there yet (I know how some of you like to dress up!) There are video’s on the Star Citizen Youtube channel that shows off early versions of these if you’re interested though. Coming later this year fingers crossed will be version 3.0 this should have working versions of the character creator lots of clothes to wear not to mention a planet or two that we can land on and perhaps even hold a party or two plus lots more places to explore and host parties. It’s shaping up to be really cool and if they can put in everything they say they are it will be incredible. However, game development can be very fluid!

As things stand currently the game itself is still about 1.5 to 2 years away from release it could even be longer depending on any problems they encounter along the way. It’s a long journey but ultimately I think it’s going to be great and we’re going to have some wild parties in there!

I’ll be back next month with another update, until then I’ll see you guys every Friday at 5pm EST / 10pm GMT on my show From the Black also if you have any questions feel free to hit me up in STO or on Facebook.