Kirtang Pirate Radio is pleased to announce syndication partnerships with two separate podcasts: The G & T Show, and The Geek EZ. Next week we will begin airing their weekly recorded episodes as part of our normal schedule. Please check our Schedule page to see when they air. You can also visit each show’s website to listen to their older episodes and even listen to them record their new episodes live each week. Below are some short descriptions of both shows.

The G & T Show is an irreverent podcast dedicated to quality storytelling, interesting characters, and the latest news emerging in and around the Star Trek Universe. However, we are so much more than just another Star Trek podcast. We discuss films, television shows, books, comics, games, fan productions, conventions, cosplay, and so much more. The G & T Show is the premiere podcast for the modern Geek. 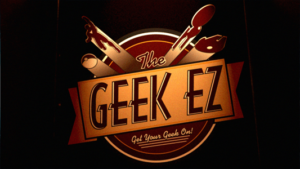 The Geek EZ is just as the opener says, just talking, a show about nothing. Well, not really. The Geek EZ takes the concept of an old Speak Easy and applies it to the concept of geekdom, like anti-abolitionists of lore we’ve made a safe, mostly, place for discussion of anything and everything geeky. Transformers? We got em. Star Trek? Our host designed the Enterprise F. Obscure references about anthropomorphized equines and the power of comradery? Well, not so much that but if it’s in the news we’ll talk about it.

Essentially what we do each week is gather the news about the things that interest us most, from the well-known to the obscure. We participate in roundtable discussions, purely off the cuff with no script. We strive to be a down to earth discussion group about the things you, and we, find interesting and important. And of course, the puns are free.